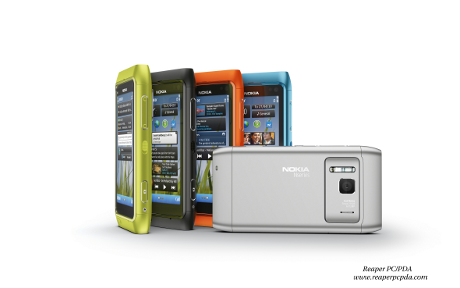 Today Nokia announced their new high end camera oriented smart phone and their first Symbian ^3 OS device. (Even though FCC approvals and other information regarding the device have been floating around for at least 24 hours before the announcement.)
The Nokia N8x series line has not seen an update since the release of the 8MP camera packing N86, which at this point seems to be the last non-touch alphanumeric slide smartphone.
The N8 is a departure from its predecessors in form factor. It is the first 8-series device with touch screen device with no alphapnumeric keypad.
It does however have a capacitive touch screen with multi-touch gesture support enabled in the software (a first for Nokia).
Specification wise the phone has everything you would expect from the next step up from the N86: